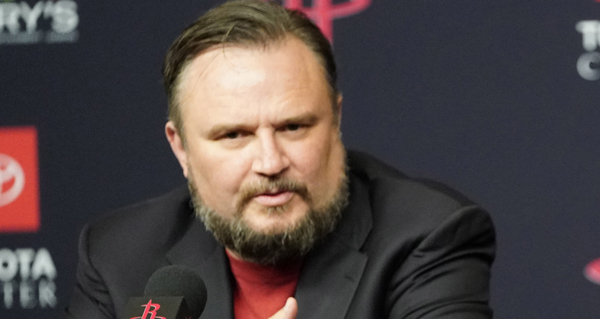 Daryl Morey took on a “diminished” role during the Houston Rockets coaching search in recent weeks, sources told Kelly Iko and Sam Amick of The Athletic.

Morey’s role was likened to operating “essentially as a consultant.” Rafael Stone was promoted to replace Morey as GM.

The Rockets have interviewed several candidates thus far, including Stephen Silas for a second time on Friday.

Morey said that he would like to return to the NBA sometime in the future.

Daryl Morey Steps Down As General Manager Of Rockets

RealGM Radio: Ben Golliver On NBA News And The Bubble

February 20, 2020 0
Kris Dunn underwent an MRI and re-examination on Friday, Feb. 14 by Dr. Brian Cole at Midwest Orthopaedics at Rush. He will continue his...

Jayson Tatum Reluctant To Play In Bubble Ahead Of Likely Max...

Spencer Dinwiddie Changes From No. 8 To No. 26 To Informally...

Spencer Dinwiddie Sees Himself As ‘The Draymond Green, The Glue’ Of...

Rui Hachimura To Be Re-Evaluated In 2 Weeks Following Minor Groin...