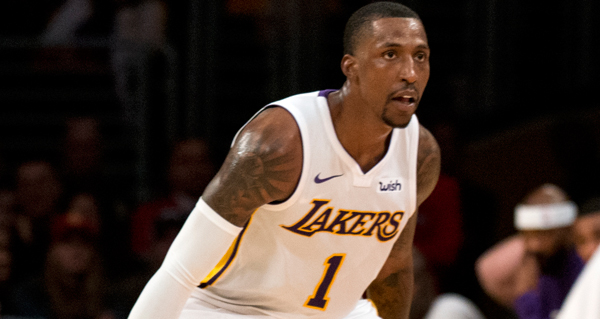 Kentavious Caldwell-Pope is expected to decline his $8.5 million player option for the 20-21 season with the Los Angeles Lakers, sources told Shams Charania of The Athletic.

While Caldwell-Pope and the Lakers will have significant mutual interest, there are expected to be some external suitors.

The Atlanta Hawks have cap space and could emerge with interest in Caldwell-Pope.

Caldwell-Pope first joined the Lakers during the 2017 offseason. The Lakers will have full Bird rights on Caldwell-Pope.

Anthony Davis Not Sure How He’ll Approach Free Agency

August 24, 2020 0
Brett Brown is lacking "internal momentum" to return as the Philadelphia 76ers coach next season, sources told Adrian Wojnarowski of ESPN. Brown has been the...

Tom Thibodeau Was ‘Enamored’ With Dennis Smith Jr. Prior To 2017...