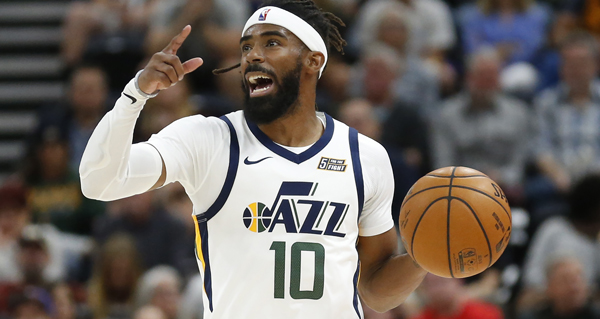 Mike Conley Jr. has returned to the NBA’s campus in Orlando.

Conley returned to Columbus, Ohio over the weekend to be with his wife during her labor and delivery of their newborn son.

The NBA is expected to have Conley quarantine for four days before returning to game action. Conley could be cleared as soon as for Game 3, per Adrian Wojnarowski of ESPN.

The Utah Jazz lost Game 1 of their first round series to the Denver Nuggets on Monday in overtime.

March 17, 2020 0
The Phoenix Suns have waived Justin Harper from his Two-Way deal. “The G League season is over,” said Jones on Friday. “Jared’s on a one-year deal....

Erik Spoelstra On Jimmy Butler: ‘He Does Whatever’s Necessary’ To Help...

Kanye West: Kobe Bryant ‘Was the Basketball Version of Me’